Absolver is an online 3D fighting game. In this game the moveset is created by the players, the fights are gorgeous and fluid and it’s all wrapped in a paintstroke aesthetic.

Created by Sloclap Games, and published by Devolver Digital, Absolver excels as a fighting game in one main regard. It makes the player feel like a master of martial arts.
This is split between two reasons.
First, the games movement is slick and easy to grasp. In fights, you lock on to an opponent. From there, while targeting them, you can sidestep in any direction on the 3d plane. This allows for the player to deftly dodge attacks or shift for the perfect counter. The ease of the movement means that out thinking your opponent is half the battle. You’ll both have an equally fair understanding of how to move, the challenge is in how to outwit them.

Secondly, the moveset.
Players will start by picking a style. This will be a choice between Parries, Dodges or Focus Blocks.
While locked onto an opponent, the player can adopt one of four stances. These will be left or right, facing towards or away from an opponent. These four stances then have their own player defined combos of light and heavy attacks.
By player defined, I truly mean that. My own personal favourite is my Back Left Stance. I’ve chosen a quick elbow strike, followed by a left swinging jab. This is then complimented by a heavy attack comprised of a sweeping low kick.
In fights, my opponent will often swing right to avoid the second Jab, leaving them an easy target for the kick.
I made that combo. I tested it on human opponents, found what worked and set it up.
Absolver allowed me to create my own style of fighting, the way I wanted to play. As such, there’s a real sense of personal satisfaction in winning a fight that doesn’t quite appear anywhere else. 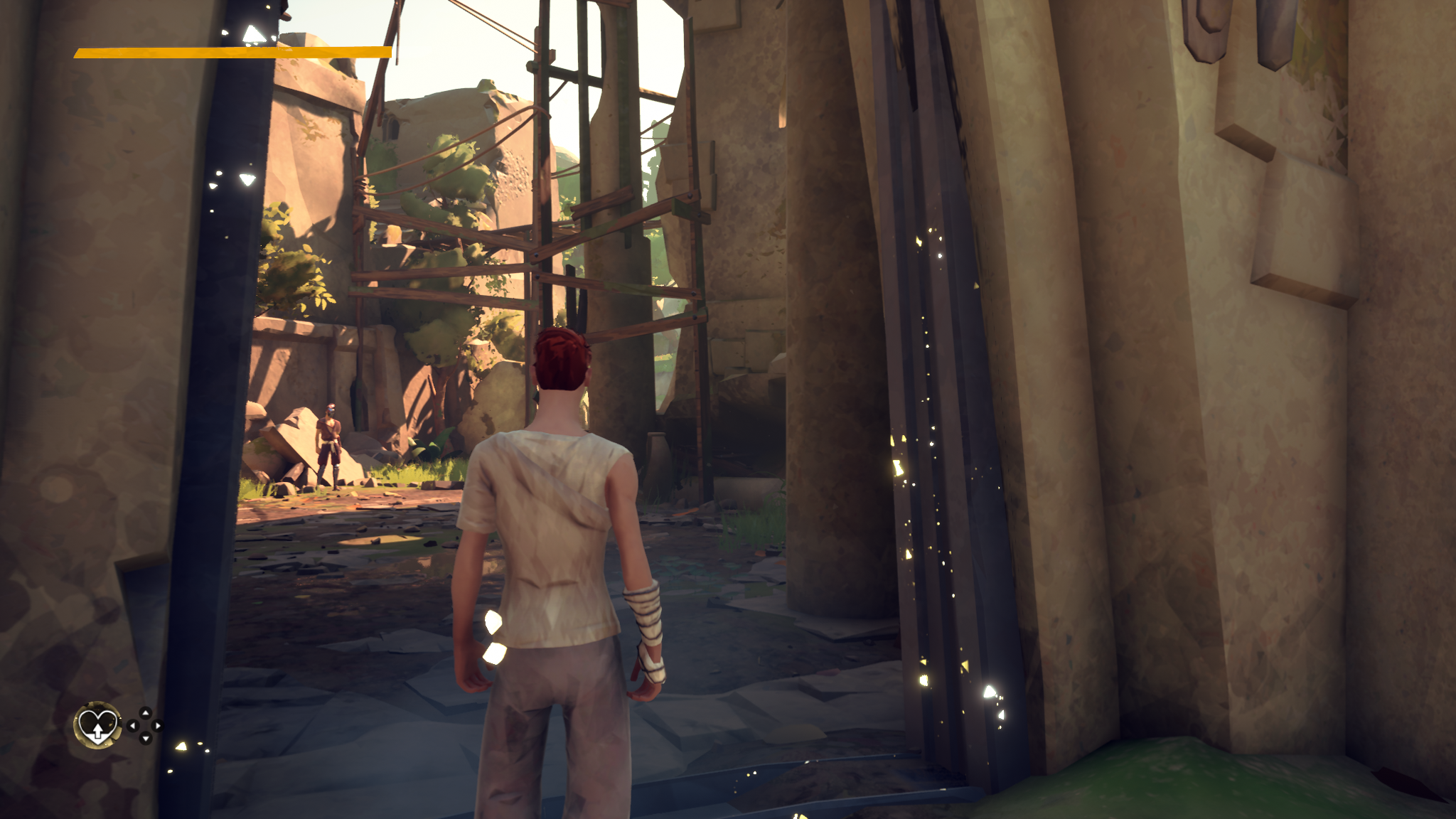 This is down to the way that moves are learned in game.
I earned my elbow strike. It didn’t appear in the moves that I started the game with. I found an AI opponent who used it in the game. At that point, my style revolved around long swings and kicks. They were slow but powerful, with long set up times.
I lost to that woman and her elbow strikes multiple times. She would slip into my range and take me out handily. After a few rounds, I started to be able to dodge the strike. From this, I gained understanding of the skill. An experience bar began filling with my knowledge of the move. After dodging it perfectly a few more times (and defeating her) I unlocked the strike to add to a move slot.
I literally trained and studied how to use the move in game, from an opponent, before I could use it myself. As a conceit for player progression, I adore that.

These AI opponents dot the world of Absolver. It’s a large and mysterious land, if a little barren.
Following some sort of apocalypse, there’s a few structures still standing as you make your way through the ruined city the game is built within.
While it may seem labyrinthine as a whole, each area does have defining features to make it stand out. There’s harbours and markets, colleseums and ruined outlooks. Of particular note, the dilapidated church inside a swamp is a scene for an excellent series of battles.

The Art Style is comprised of subtle textures and Pastel Earthy shades. Buildings are overgrown and dull, though each area has a twist on the same architecture and features. 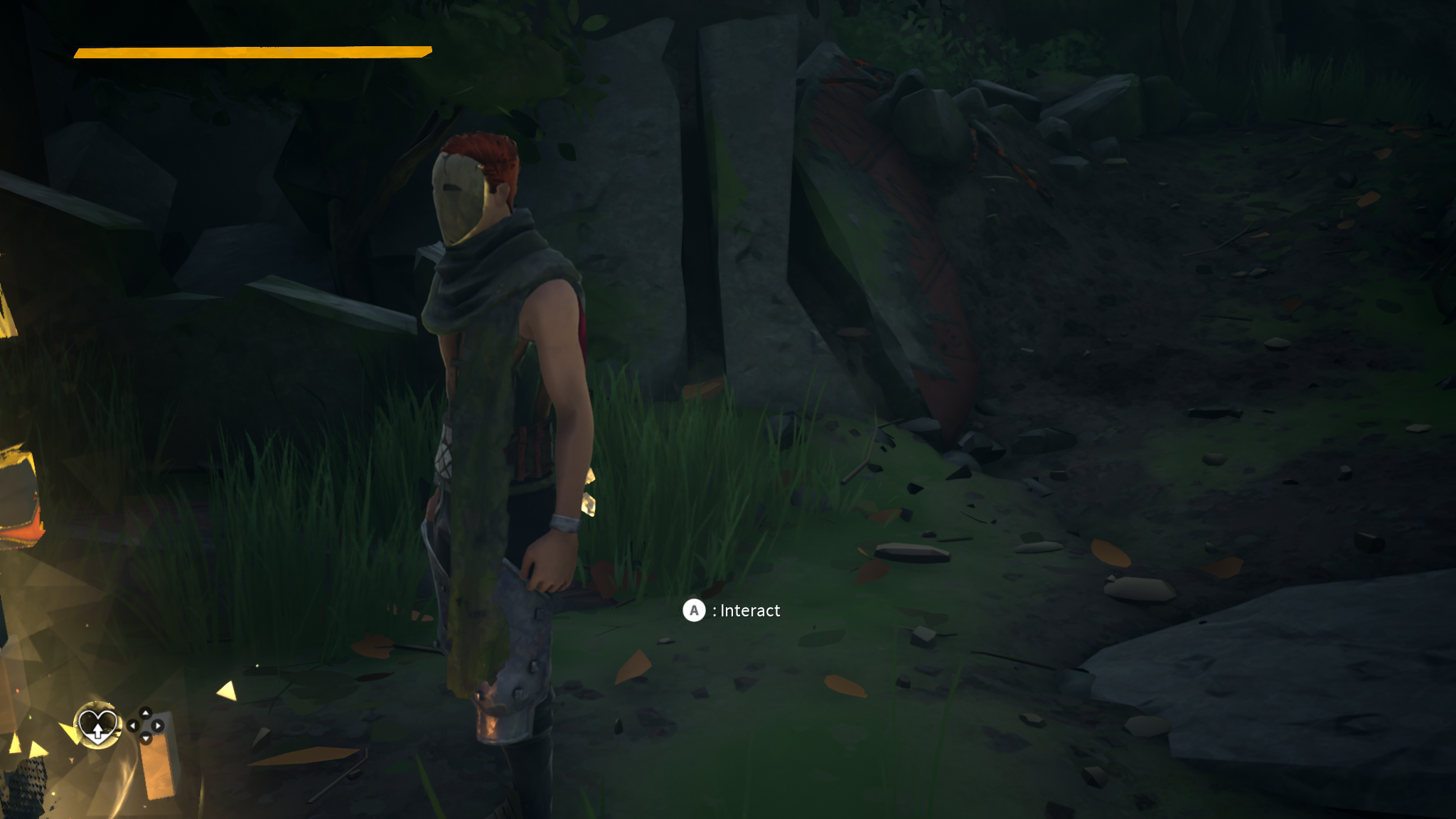 Within this world, Enemies are figures in blank masks. They are the students who came before you, clad in rags and scraps of drab fabric. They’ll fight you when you get close, though for glory or territory is unclear.
The story is minimal. The game is happy to make allusions, but the nature of the journey is one of discovery. Discovery of new moves, discovery of new clothes and areas.
This is a World being defined through the design and layout, with clothing and weapons as part of that.

Speaking of, Absolver’s clothing system is built from the same systems as the combat. Defeating opponents or finding objects in the game world will uncover new clothing objects. These can be masks, armour, scarves or a host of other outfit elements. These have different weight qualities that affect movement, as well as defensive stats against cutting or blunt attacks. A players look will start in a drab set of gray novice clothes. It will end the game in a constantly evolving set of gear that matches the play style of the wearer. Once more, it feels personally rewarding because it has been earned and chosen by the player.

The differences in player choice are clearer than ever in the multiplayer interactions. I stated at the top that Absolver was an online game. Within areas of the game world, it’s likely that a player will come across another real person.
From there, it’s all down to the players. They could form an alliance, battling the groups of computer opponents. Perhaps an early team up will occur where one player is rescued, only to descend into a flurry of blows.
There is no set pattern for interaction. To the credit of the community, the majority of encounters seem to be cordial, with a vanquished player often being immediately revived. From there, a friendly emote will either wave the loser on or offer a second round.
There are set online fights as well, with these being a first to three kill affair. Those take a rather more ritualistic form.
Bow to your opponent. Circle them. Observe their move style. Test their limits. Fight.
Applaud their efforts when you respawns after a particularly clever move. Apologise when you accidentally send them flying off a cliff.
Congratulate the Victor on a thrillingly tense match won or lost. 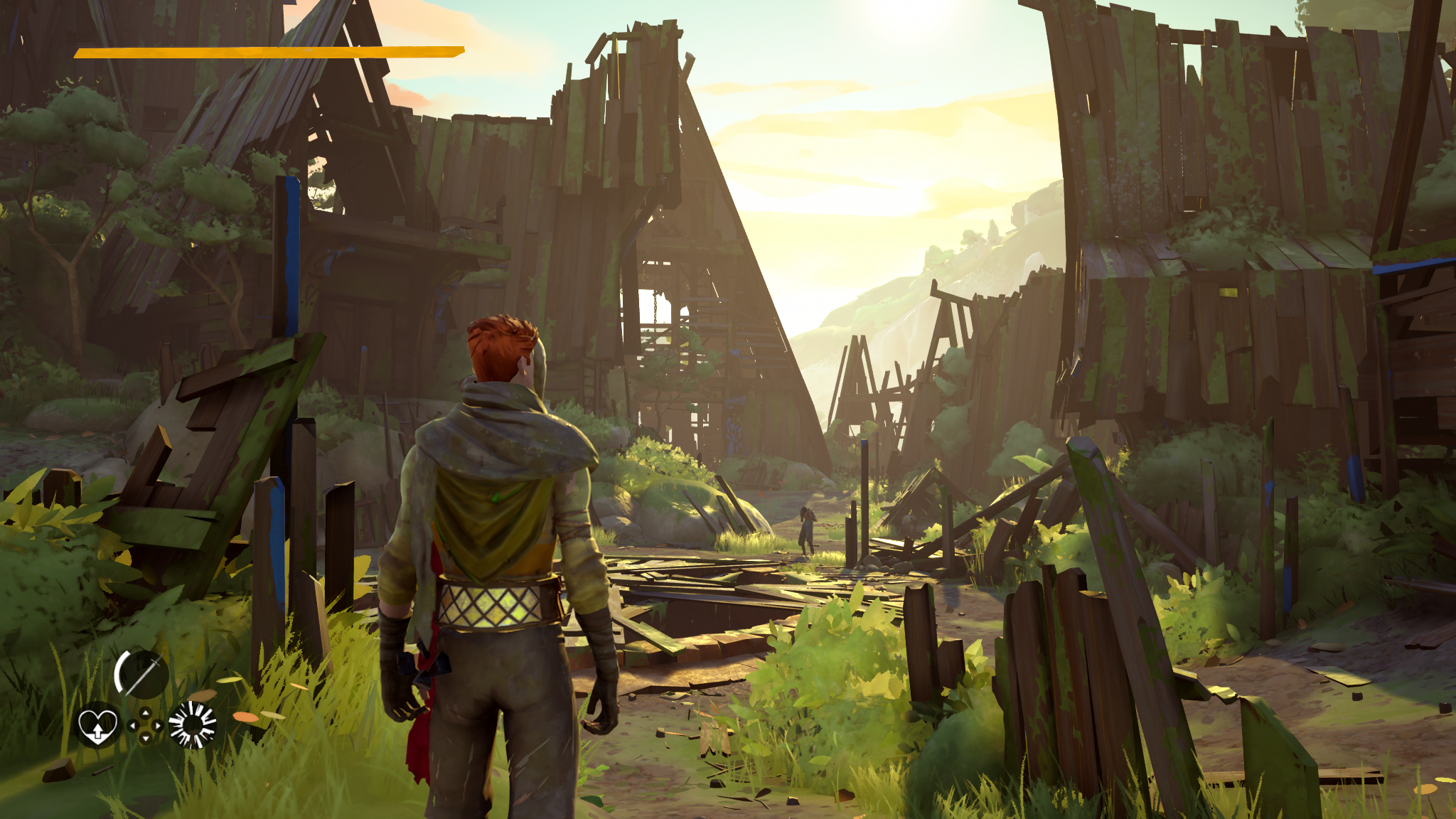 Absolver is such an incredibly rewarding game. There’s a depth to the mechanics that suggests the real passion that the team at Sloclap had for the game. The sheer level of control the player has over everything their avatar does within the game makes it a satisfying delight to accomplish anything. If you don’t mind the game as a whole being built around the eventual player vs player end game, I can’t recommend Absolver highly enough.

Available now on PC and PS4, developed by Sloclap Games, and Published by Devolver