The E3 Sony Conference 2018 will be the last of the full conferences, and we’re well aware of what’s to come. Because the PlayStation expo offers Sony a chance at some competition free media space later in the year, here we’re getting four deep dives into highly anticipated games. Spider-Man, Ghosts of Tsushima, The Last of Us 2 and Death Stranding will be the games on show here primarily. But will we see anything else? Let’s hope so.

Shawn Layden takes the stage in a very odd location, a church like tent with standing room only for their audience.  Very natural setting. Very uncomfortable I’d imagine too.

Rather than a bombardment of new creative, it’s a deeper discussion of games you already are aware of.

Sony see making games as a vocation, want to impart that to the world and their audience.

Banjo player now taking the stage. We’re getting a very slow, fairly well shot concert from Gustavo Santaolalla. It’s melodic, lovely and I have no idea what this relates to.

Ellie is on stage, in a church hall that’s very similar to the stage. She’s crushing on a cute girl, while some guy lectures her on what a hardass Joel is. Now Ellie is slow dancing with the cute girl, and there’s a kiss. A superbly realised kiss.

This is a very sweet, very tender moment that has then immediately transitioned into a brutal scene of Ellie stabbing a man to death.

She’s the playable character, sneaking around a densely overgrown city as she’s hunted by ominous men.

She witnesses a ritual disembowelling, with some form of religious overtones. It has to be side, this game looks sumptuous. Wonderful dynamic lighting and some very rich looking textures. Same scrabbling and sneaking gameplay as last of us, but this time against humans.

Absolutely brutal kills as Ellie disarms enemies and uses hammers against them. Quick time events are still in the game, plus those story time pistol sequences. Hostages can be taken, used as Shields, bottles can be grabbed and thrown as always.

Ellie keeps getting out of sight and leaving enemies hunting her, which bodes well for the level of AI on display here.

And it transitions back to the kiss. The animation on this is incredibly wonderful and earnest looking. There’s the hint of a blush in Ellie as this scene ends that speaks to how confident Naughty Dog are about telling this story fully this time.

This whole thing is some sort of experience, where the gathered audience and media are being sheparded around to different themed areas.

We’re currently doing an interview with Shawn Layden, who confirmed that God Of War is getting a New Game Plus mode. Also confirmed that there will be nothing massively surprising coming from this conference.

Ah, we’re getting third party updates in between these mini conferences.

Reminder about the countdown to E3 events:

These were Tetris Effect, Days Gone, Twin Mirror, Ghost Giant and Beatsaber, all coming to PS4 or PSVR.

We’re getting a half live action trailer for the next expansion for Destiny here, which is showing the various enemies as sombre music plays.

Destiny 2 Forsaken, out on September 4th.

A screen showing a field of flowing wheat is the initial tease. And another rmusical prelude this time with what I assume is a traditional woodwind instrument.

Third person action game, with the trailer occuring on day nine of the Mongol Invasion. Graves and mourners in a blasted Heath, as the player looks out over a grassland with fire and smoke marring the skyline.

The horse moving through the wheatfields looks excellent, with each kick throwing up torn wheat.

Civilians are fleeing, but our character chargea in to rescue the people he can.

Combat appears to be based heavily on blocking, countering and parrying. Fast as well.  Enemies are wielding a wide range of weapons. Gory dismemberment and blood everywhere.

Stealth sequences, where takedowns are possible.

Character can strike in quick succession, chaining takedowns against his foes.

It must be noted, there are constant wind effects blowing leaves around in this game.

Measured, cinematically shot sword duels seem relevant here as our character duels with his former friend in a field of fallen red leaves, while Mongol archers pepper the field with flaming arrows.

Now, on to some other things.

A short interlude (made in Dreams) to break up what we see.

Then we see some sort of mind bending horror game, as we watch the world literally reshape itself in strange ways. Female protagonist with telekenetic abilities. The new title from Remedy and 505 Games.

(Taken from the Steam Page: After a secretive agency in New York is invaded by an otherworldly threat, you become the new Director struggling to regain Control in this supernatural 3rd person action-adventure from Remedy Entertainment and 505 Games)

Now, a mouse eye view of some sort of brawl in a storehouse. A zombie takes a bite out of a security guard.  Leon Kennedy saves the day Oh, it’s Resident Evil 2 Remake. Entirely remade, looking modern as any of the other Resident Evil games. Resident Evil 4 Style shoulder camera.

3D action platformer from the creator of Rick and Morty and Squanch games.

A weirdly realistic cast of Pirates of the Caribbean characters appear on screen as Sora joins Captain Jack’s crew. We can see ship based combat, battling sea monsters and facing down. We then get quick cuts between the various worlds of the game.

They also show off a pretty Limited edition PS4.

All in one package for all of Kingdom Hearts in one place on PlayStation.

The baby is back. Norman Reedus is Sam, and is talking to some lady, apparently he has the extinction factor and can see “things.”

He’s some form of courier, making deliveries. Which we see, as he struggles through waterfall pools, across plateaus and up mountains.

He’s carrying bodies for the most part.

Reedus has some form of tattoo on his hand, and invisible, sound sensitive monsters are leaving footprints everywhere. Lea Seydoux is also in this game, and seems to be trying to keep Reedus alive. She has a nice futuristic umbrella.

Apparently if one of the monsters eats Sam, the monster will wipe out the surrounding area, but Sam will live.

The weird flashing arms we’ve seen in previous trailers is a detection tool. It highlights floating ghost things that are clearly dangerous. When grabbed, they coalesce around Sam and drag him into the Earth. Lindsay Wagner is also in this game, and apparently bears some relation to Sam.

Defy Death, Death defies you as the tagline. 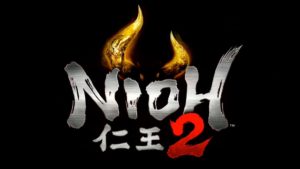 The Raft Prison is under attack, Spider-Man is here to save the day. Till Electro Takes down the helicopter he rode in on, and frees all the criminals.

We’ve got quips, we’ve got fast paced me combat in the Arkham style.

And Rhino appears. Working with Electro and Scorpion.

Different types of enemies, dodging around Shields and then disarming them.

Web swinging, attached to objects, and with Spidey jumping and running off objects and walls where possible.

Then Vulture turns up. This is a regular rogues gallery reunion.

We move to a cutscene where Mister Sinister and all the named villain so far start battling Spidey, kicking the crap out of him.

Final scene, Spidey’s eyes widening and an incredulous, “You”.

Now we move to a montage of all the games shown so far, before the conference ends.

From Software are working on a Playstation VR game also.

Game set in a old looking manse, Deracine. An artistic game with some connection to missing children and fairies.

This had a surprisingly large amount of stuff for four deep dives. Obviously star of the show was The Last of Us 2, but there was so much good news.