Overwatch is seemingly getting Halloween themed Lootboxes if the latest leak captured by commenters on Reddit is anything to go by.

Appearing briefly on the Xbox store, the image for Halloween Lootboxes appears to confirm that they will function in exactly the same way as the promotional lootboxes in the summer games event.

As a result, we can expect new costumes and skins for most of the characters and a selection of emotes, sprays and voice clips to choose from. Voice clips have the potential to have some fun lines, but honestly, Halloween skins are the real draw here.
Hoping for some really cool stuff to go out. Almost everyone has one scary or costume skin already, so maybe this will be some really silly stuff.

Frankenstein/Mr Hyde Winston.
Junkrat in a suit and tie.
A Zarya skin I’ll want to use…

These lootboxes will be on a timed duration again, ending on November 1st, probably running for two to three weeks, so if you want to do save your levelling for then, I wouldn’t blame you. Otherwise, fork over the cash for the micro transactions as is the norm. 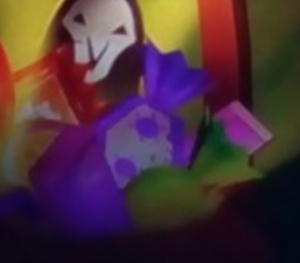 What’s of special note is the icon that eagle eyes have spotted in the image above. A purple skull symbol associated with the ongoing alternate reality game for the new character, Sombra. This tease in particular suggests that she’s close to being revealed, with an announcement expected around Blizzcon on the 4th/5th November, or (as the popular theory goes) on the Latin celebration of the Day of the Dead (To go with the Spanish speaking Sombra) or Halloween itself for October 31st. So plenty spooky going on, and we should be finding out for certain about lootboxes and Secret characters in the following weeks.